With this itinerary, discover the rich history around Poverty Point from important Civil War sites to historic cotton gins.

Learn about the importance of the cotton industry to the state of Louisiana at the Louisiana State Cotton Museum in Lake Providence. 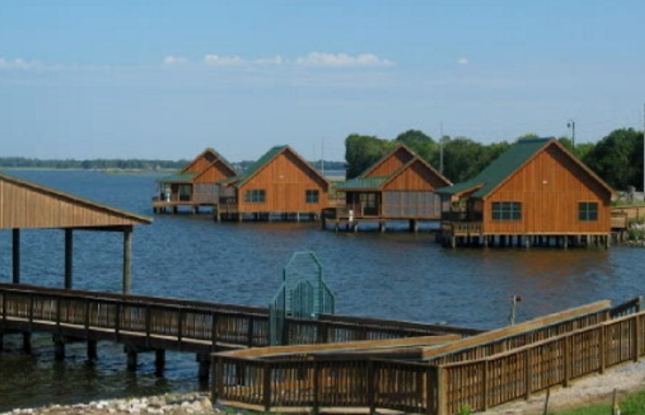 Poverty Point World Heritage Site may be the best-known historical spot in Louisiana, but it’s far from the only one. Northeast Louisiana and west Mississippi are full of Civil War sites, museums dedicated to the region’s cotton, African-American and aviation history and lesser-known cultural destinations that beckon intrepid adventurers and families of all stripes. Take a two-day journey throughout the region and discover some of the backstories of those who lived there.

Start in Vicksburg, a west Mississippi city loaded with Civil War lore. Vicksburg National Military Park honors the memories of thousands of soldiers who died during the Siege of Vicksburg, a 47-day-long battle that marked a turning point in the war and eventually led to the North’s victory. See the remains of the USS Cairo gunboat before touring Confederate commander John Pemberton’s headquarters. Finish your journey with a drive down the 16-mile road that winds past important battlefield stops.

Head west across the Louisiana state line to Tallulah, where the Hermione Museum has been welcoming guests since 1853. The Hermione defies easy description. Its exhibits include a display of American Indian and Civil War artifacts (the house was used as a Union hospital in 1863), a section describing the region’s aviation history and a display honoring Madame C.J. Walker, a local woman who was the nation’s first female self-made millionaire.

From Tallulah, drive north to Lake Providence, where you’ll find the Louisiana State Cotton Museum. Cotton’s importance to the Delta region cannot be overstated; it was the lifeblood of the area’s economy. Learn about the crop’s history while touring life-sized dioramas, a sharecropper’s cabin and a chapel.

In the afternoon and evening hours, rest easy at Poverty Point Reservoir State Park. Recall the stories you heard while kicking back under the stars at one of the park’s waterfront cabins, lodges or RV sites. In the morning, rent a canoe or hike one of the trails at the park, and get ready for more of your road trip.

Bastrop is where you’ll find the Snyder Museum, a 1929 home-turned-museum that houses fascinating north Louisiana relics. Learn the region’s rich agrarian history while touring through exhibits that include a horse-drawn hearse and an entire country store.

For a history lesson of a different kind, visit the Biedenharn Coca-Cola Museum in downtown Monroe. Little known fact: In 1894, hometown hero Joseph Biedenharn was the first person to ever bottle Coke. See the kind of equipment he used, as well as Coke memorabilia, in the candy store-turned-museum where it all began.

End your historical trek at the Chennault Aviation & Military Museum. Soon after World War II broke out in December 1941, construction began on this building—which originally housed an Army and Air Force flight school located on the outskirts of Alexandria. More than 15,000 navigators graduated from the academy, and today, visitors can learn some of their stories while walking in their footsteps. 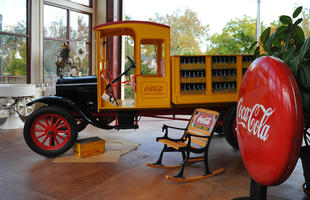