Poverty Point World Heritage Site is a story 3,400 years in the making. A trading hub, an engineering marvel, a monument to ingenuity—there are many ways to describe Poverty Point. In 2014, a new label was added: UNESCO World Heritage Site. Embark with us on a journey of historical proportions to this ancient city. 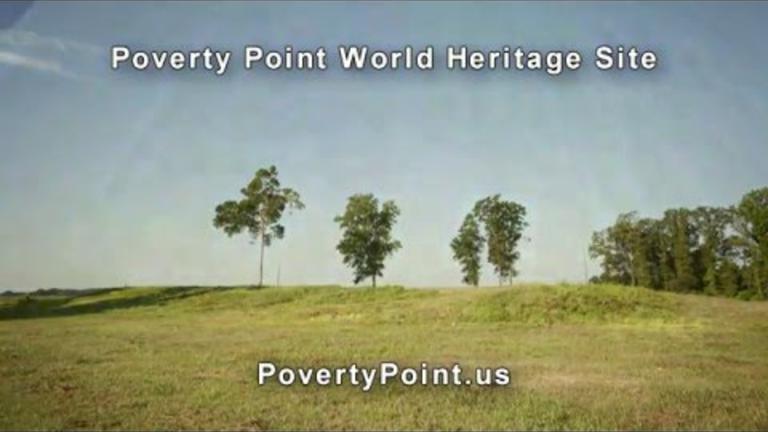 Centuries ago, when Stonehenge was built and Queen Nefertiti ruled Egypt, American Indians were building earthen monuments in north Louisiana. Hand by hand and basketful by basketful, men and women shaped nearly 2 million cubic yards of soil into stunning landscapes. The result was a massive 72-foot-tall mound, enormous concentric half-circles and related earthworks that dwarfed every other earthen monument site for 2,200 years.

The amount of forethought and organization needed to build Poverty Point without the aid of modern instruments, domesticated animals or even wheeled carts must have been staggering. And for what reason? We still do not know, but clues are constantly being revealed. Archaeologists have much to work with, as millions of artifacts were found at the site. Domestic tools, human figurines and tons of stones from up to 800 miles away have led to speculation that Poverty Point was an ancient residential, trade and ceremonial center.

More mysteries: Poverty Point was abandoned around 1100 B.C. A more recent native group added another mound in about A.D. 700, but occupied only a small fraction of the site, and only for a brief period. Aside from that, there was only intermittent human use of the site for 2,900 years, until Euroamericans settled in the area in the 1800s.

After hearing a few reports of this ancient settlement, archaeologists began systematically recording the site and collecting some of its countless artifacts. In 1962, the federal government designated it a National Historic Landmark, one of the highest honors for an archaeological site in the U.S. And in 2014, the site achieved perhaps the highest honor of all: UNESCO named Poverty Point a World Heritage Site. There are only three other archaeological sites in the U.S. with that distinction.

LEARN MORE ABOUT THE HISTORY AND ARTIFACTS 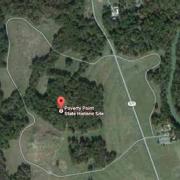 Check out places to eat, play and stay in nearby areas. We’ve put together some day trip itineraries to help you explore by specific interests.